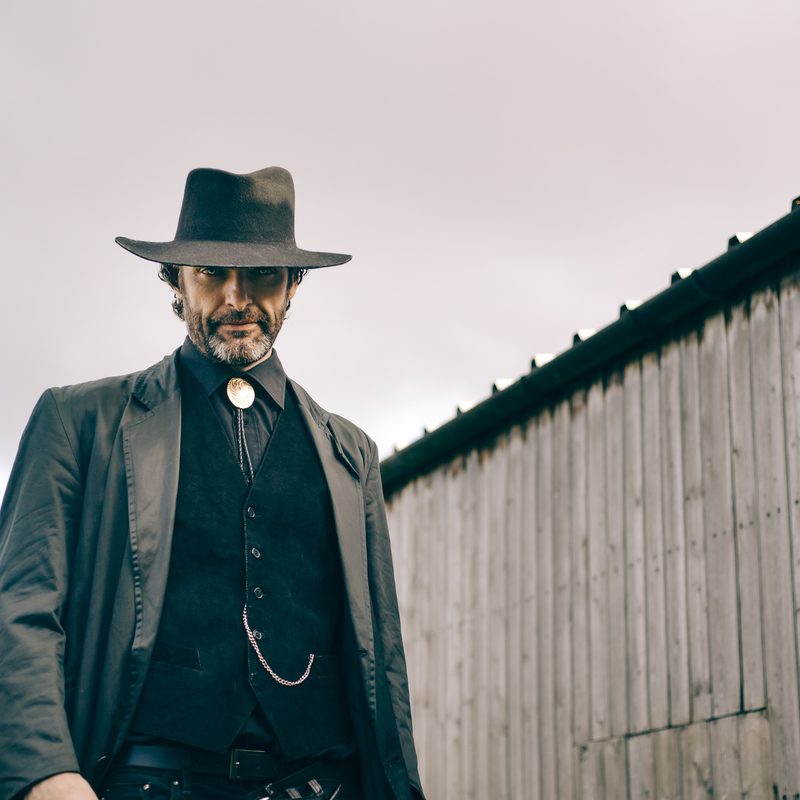 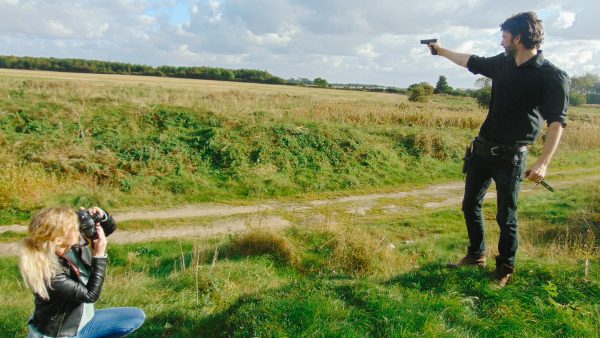 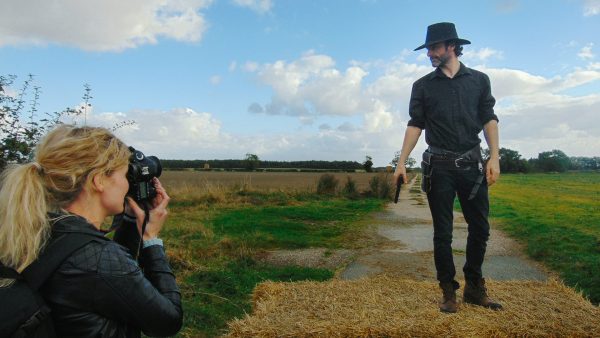 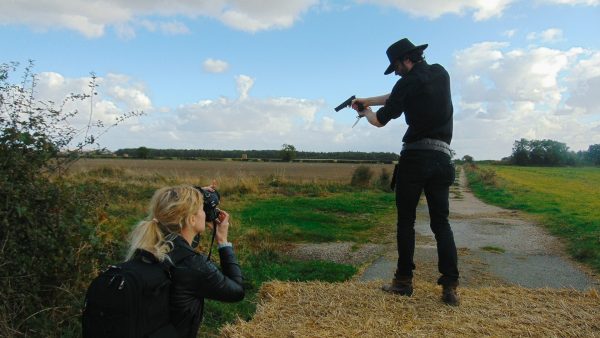 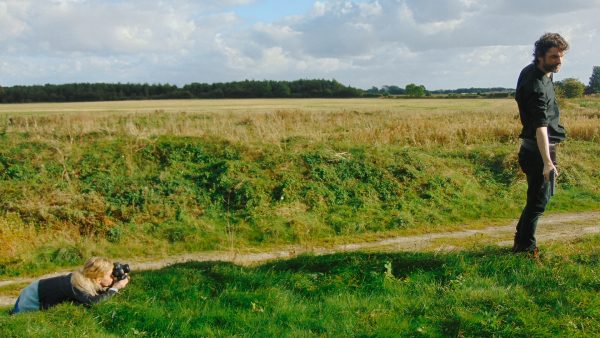 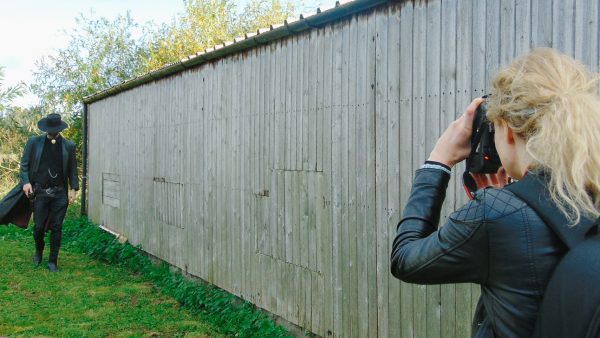 Where did the concept for this shoot come from?

I decided to do this shoot after Arcangel sent a request out for images of this style, based on the new HBO series, Westworld. We’d been told there would likely be a rise in requests for western style images, mixed with sci-fi. Most of the time I will come up with my own concepts, but I love working to a brief or coming up with new images based on something that already exists, such as this!

What did your preparations involve?

Of all the time I spend on a shoot, most of it probably goes into pre-production.  The first thing I’ll do is make a Pinterest board and then I’ll source costume and props. I tend to hire from York Theatre Royal as they’re incredibly helpful and affordable, but I also buy quite a few props on eBay and I scout car boot sales at the weekends. I try and use local locations. For this shoot I didn’t need too much of a specific backdrop; it just needed to look slightly eerie, so I shot at my local antiques barns. Even when I think I’m prepared, I’ll always have a last minute dash around the charity shops and usually find something else I can use!

I shoot on a Canon 5D mark iii with a 50mm or a 35mm lens. I keep it simple as I’m usually lying/crouching on the floor or climbing on something to get a shot, so I don’t want to have a ton of gear with me!

Do you work with professional models?

I find all of my models on Model Mayhem. It’s great as they all live locally which makes it even easier! Most of my models do it as a hobby. I work on a TFP basis and give them copies of the images in exchange for a model release form, but I always offer to shoot extra portraits and headshots for their portfolio as well. I’ve been lucky enough to find not only amazing models, but great people as well.

What about an assistant?

I used to work alone, but my neighbour Oscar has just started studying photography at college and now helps me out. He also has a great collection of props that have been brilliant for the last couple of shoots we’ve done. (All behind the scenes shots supplied by Oscar).

What did the photoshoot involve in this case?

Before most shoots I’ll sketch (really badly!) a few shot ideas, so I can refer to it during the shoot.

It’s funny actually, as the plan for this shoot was originally just a Westworld theme, but I knew at some point I wanted to do some images in the style of The Walking Dead posters. It turned out that my model looks like Andrew Lincoln’s character in the show, so we decided to use that and touch on The Walking Dead as well. We simply rolled up his shirt sleeves and he was ready!

I couldn’t believe how much he looked like him (Andrew Lincoln) in some of the shots! Whether that’s a good thing or a bad thing when it comes to book covers I’m not sure, but the shoot then turned into two completely separate sections: The Walking Dead hero-style images, and the Westworld-style images.

Sometimes you never know what’s going to happen until the shoot kicks off and you just roll with it!

Do you give your models much direction?

I’ve been lucky enough to work with models who have needed little to no direction. I always say to them, ‘if I’m not telling you to do anything specific, you’re already doing it right so just carry on!’. I might tell them to give me a certain facial expression now and again, or look in a certain direction, but otherwise I like them to do whatever comes naturally.

Do you spend much time on editing and post-production?

I usually spend a couple of days editing a shoot. It doesn’t tend to take too long unless there’s a lot of skin retouching to be done; that’s the only part that can be slightly more time consuming.

What software do you prefer?

I use Lightroom and Photoshop in post production. I much prefer retouching in Photoshop, so I load all of my images into Lightroom, touch-up in Photoshop and then add the finishing touches back in Lightroom.

What kind of effects do you make use of, if any?

I tend to stay away from textures as they’re easier for a designer to add than they are to take away. I do use filters but I don’t use the same one for each image; I edit each image individually to see what works and what doesn’t. I use them on pretty much all of my images! When I combine curves with my filters, that’s when I get the look I want.

Do you find it helpful to design your own actions?

I don’t design my own actions. I have in the past, but I’ll just find that an action that can be applied to one image and work really well can be applied to another and not work at all. That’s why I prefer to tweak them individually.

What were the post-production challenges for this shoot?

For a while during this edit I wasn’t sure how to introduce a sci-fi element into some the Westworld-inspired images, but I think making some of the eyes glow worked quite well.  For my Walking Dead-style images I based the colouring on the TV posters, quite desaturated with a slightly warm overall tone.

What’s next? Did the shoot inspire you with any ideas for the future?

I plan to follow up with some zombie style imagery… 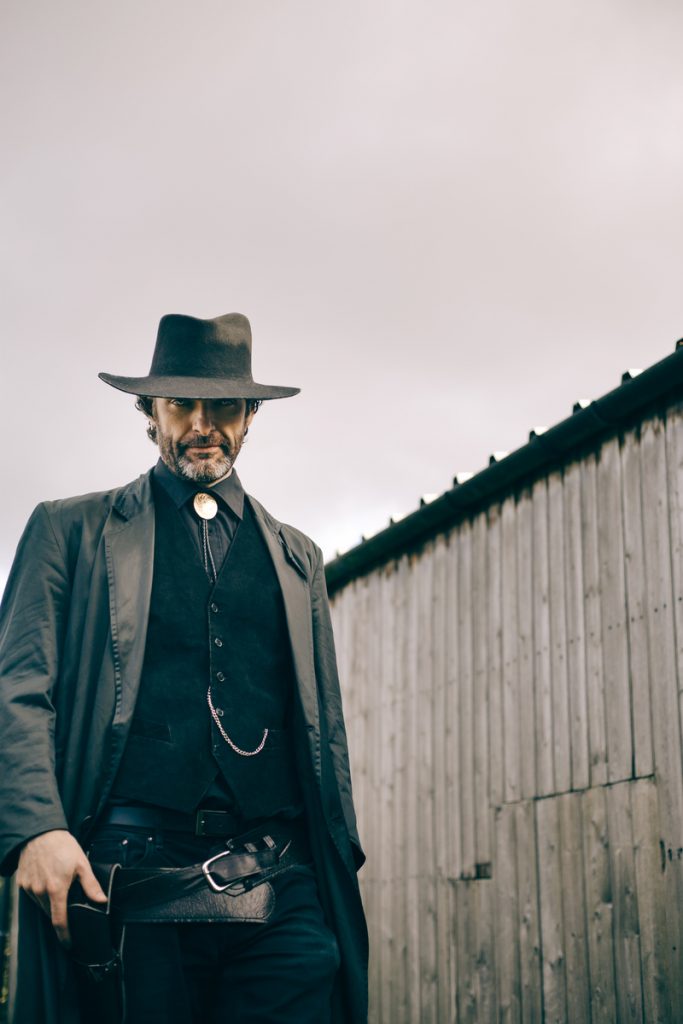 Next article: Taking white backgrounds in a totally new direction !